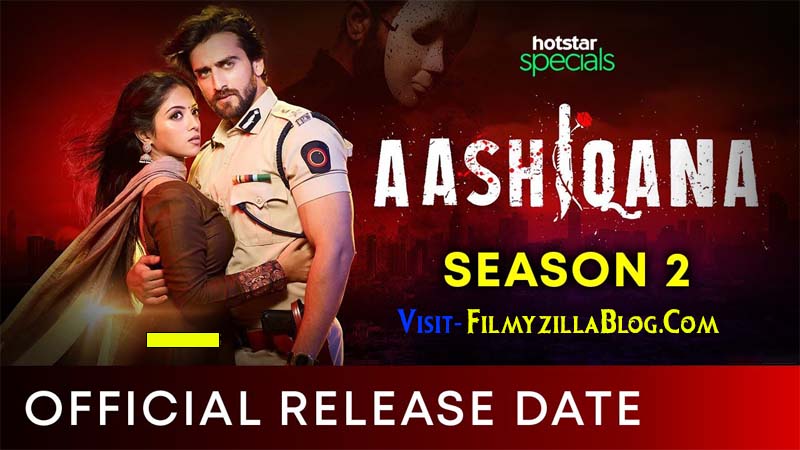 Disney+Hotstar’s Original television streaming show Aashiqana- Murder Ke Mausam Me Pyar is set to return with its second season, after getting an amazing response in the first season, which started premiering on June 6, 2022 on the platform.

Along with being a creator of the show, she is also producing it under the banner of Gen-K Productions. The theme of the upcoming season is said to be completely different from the first one.

On Saturday, September 26, 2022, Disney+Hotstar revealed the release date of Aashiqana Season 2 via a motion poster starring the lead actors Zayn Ibad Khan and Khushi Dubey in the lead roles. Season 2 will start streaming from October 10, 2022 onwards only on Disney+Hotstar.

The season two of this drama series will bring back the lead actors Zayn Ibad Khan and Khushi Dubey as Yash and Chikki. Zayn is playing a cop in the show, earlier he appeared in Hotstar’s historical drama series Vidrohi in the male lead whereas Khushi is known for her roles in shows like Naagin, Kaisa Yeh Pyar Hai etc.

Other than these stars, the show also features Geeta Tyagi, Harshita Shukla, Manohar Teli, Anurag Vyas, Navneet Malik in the pivotal roles. Actress Nirisha Basnett, who is known for her roles in shows like “Ziddi Dil Maane Na” and “Hello Mini”is also roped in to play a key role in the show.

The first season of the show revolved around a bidding love story of a Cop Yash and his love interest Chikki. Now the latest development is that the second season will come up with a completely different theme and storyline. In the upcoming season Yash and Chikki will already be married and it will come with more exciting and entertaining episodes.