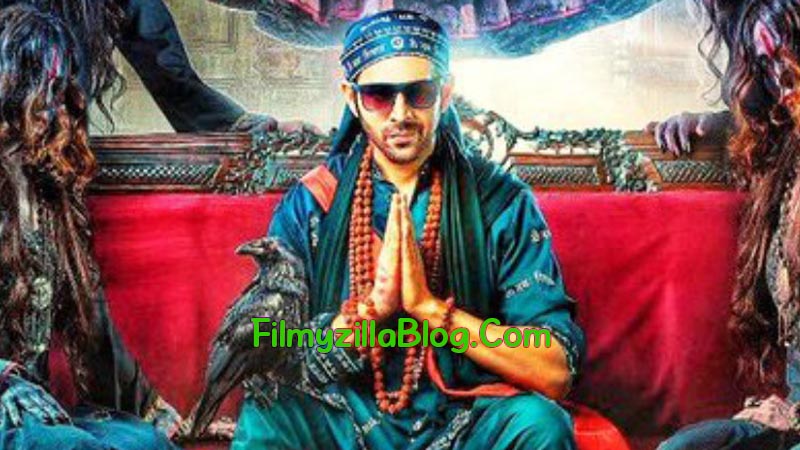 Bhool Bhulaiyaa 2 Box Office Collection Day 12: Kartik’s Film Refuses to Slow Down: The Hindi film industry had been looking for a savior after the all-time blockbuster The Kashmir Files. The industry was going through tough times, it saw the biggies like Attack, Runway 34, Jersey, and Jayeshbhai Jordaar, failing at the box office.

Now with the horror-comedy Bhool Bhulaiyaa 2, the industry has revived back, the sequel of the hit 2007 Akshay Kumar starrer film is receiving an astounding response at the box office.

The film has managed to garner the footfalls in big numbers even on the working day Monday that too at the Day 11. BB2 has collected Rs 181.02 Cr till second Monday, the film is minting well from the overseas also, in 10 days it has minted Rs 28.35 crores from the overseas market.

Now it crosses the lifetime India bizz of Alia’s Gangubai Kathiawadi (Rs 128.24 Cr), though the film is yet to cross the lifetime worldwide bizz of the same which is Rs 209.25 Cr gross.

Now, as per the early reports, Bhool Bhulaiyaa 2 accumulated Rs 4.8 Cr nett in the domestic market on the second Tuesday. It is expected that the Kartik starrer will remain steady throughout the weekdays and will again show a jump in the third weekend. As the word of mouth is yet to spread fully-fledged.

A major portion of the collections of the film came from Mumbai, Delhi, and UP circuit, which represent collectively over Rs 50 crore, followed by east Punjab which accumulated close to Rs 9 Cr.

Talking about the cinema chains, PVR and INOX are leading with the collection of Rs 21.29 crores and Rs 17.59 crores respectively, followed by Cinepolis cinema chain which contributed Rs 8.50 crores. Carnival saw the figures around Rs 4.09 crores.

Disclaimer: The above figures are based on various sources and our early estimates, however, don’t guarantee the equivalent box office collections, though we have done everything possible in our capability to provide the precise data.