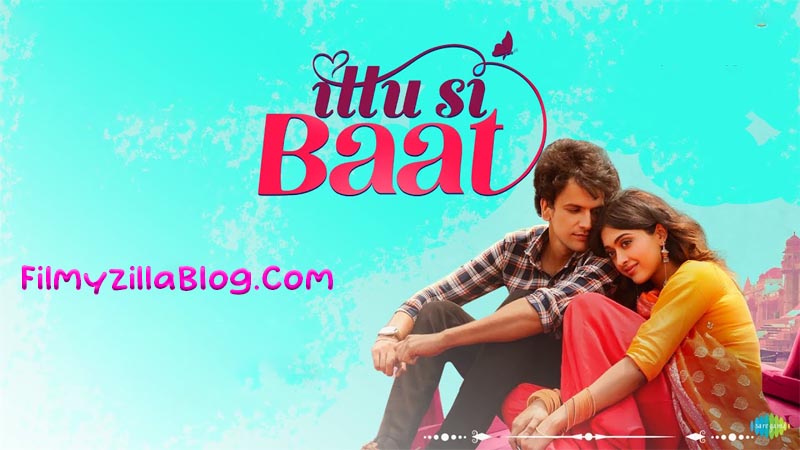 Ittu Si Baat is an upcoming Hindi romantic drama film that is directed by debutante Adnan Ali, who has also written the story of the film. Its screenplay is written by Kamal Shukla.

The film marks the first production venture of Laxman Utekar, known for his directorial work in romantic comedy Luka Chuppi (2019) and the drama Mimi (2021). The film was announced in 2021.

The rom-com marks the debut of Bhupendra Jadawat as the lead actor as Bittu Sharma. He was launched by the King of Bollywood Shah Rukh Khan’s production house, The Red Chillies Entertainment in crime thriller film titled Class of 83, a film starring Bobby Deol, Geetika Tyagi and Anup Soni in the lead role. It was released directly on Netflix on August 21, 2020.

Along with the leading star cast, the film also features Dheerendra Gautam of Bala fame and veteran actress Farida Jalal in pivotal roles.

The fim is jointly produced by Laxman Utekar and Karishma Sharma’s Kathputli Creations in association with Narendra Hirawat and Shreyans Hirawat’s NH Studioz.

On the technical front,  Rajan Sohani is cranking the camera, Manish Pradhan has taken care of   the editing work and the film’s music is composed by young and promising singer-composer Vishal Mishra.

The release date of Ittu Si Baat has already been revealed. It is now confirmed that the film will be released theatrically on June 17, 2022. The film’s production house NH Studioz will distribute the film in theaters.

Today, on the occasion of his birthday, Luka Chuppi and Mimi director launched the trailer of his first production venture Ittu Si Baat. The 2.5 minute long trailer starts with the lead actor’s character Bit Sharma mentioning that he loves a girl Sapna from childhood days but could’t share his feelings with her as he fears that if she said no, even he will lose whatever he has with her.

On the other side, Sapna is introduced as a girl who is made for iPhone and wishes she had a boyfriend who can gift iPhone on her birthday and if someone does it for her, she will say i love you to him in front of everyone.

Here, Bittu’s journey begins to arrange the money for an Iphone. The trailer further shows Bittu finding a way so that they can give the iPhone to Sapna. We can also Bittu giving the warning to other person and saying to stay away from Sapna. Overall, the trailer is entertaining with and a blend for love, romance, comedy etc.