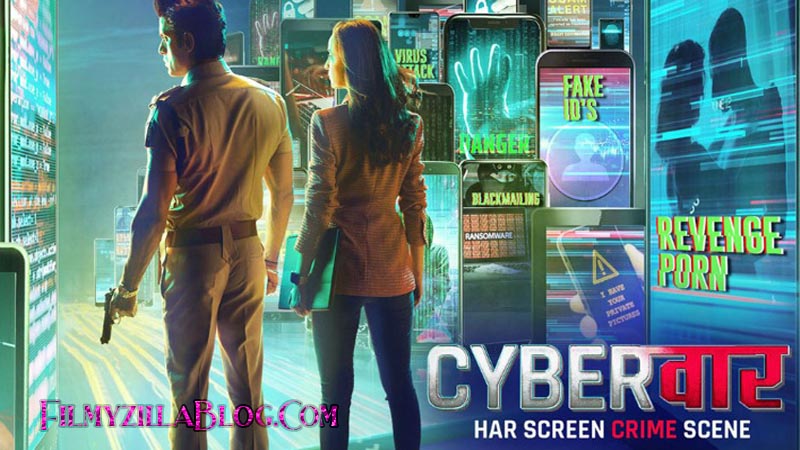 It is directed by Ankush Bhatt who has the experience of directing two critically acclaimed crime thriller movies Bhindi Bazaar and Mumbai Mirror.

Makers on May 23rd unveiled a 20-sec teaser of the film announcing the release date, the teaser features the main leads Mohit Malik and Sanaya Irani. From the teaser, it seems Mohit will be seen playing the role of a cop, while Sanaya will be doing a cyber security expert role.

Cyber Vaar- Har Screen Crime Scene will be released on 10 June 2022 exclusively on Voot. The trailer of the series has yet not been released by the makers.

Mohit Malik is a known television figure, he has appeared in popular tv shows like Banoo Main Teri Dulhann, Doli Armano Ki, and Kullfi Kumarr Bajewala. He is doing the role of ACP Akash Malik in the series.

Other cast members who will be seen playing pivotal roles in the series are Keshav Uppal, Neha Khan, Amitabh Ghanekar, and Indraneel Bhattacharya.

The crime thriller series is directed by Ankush Bhatt and bankrolled by Tanveer Bookwala, the series will consist of 7 episodes. Talking about the story of the show, Mohit as ACP Akash and Sanaya as cyber security expert Ananya, together look into the rising threat of cybercrime in Mumbai.

After the success of the crime thrillers like Mirzapur and Sacred Games, many filmmakers have tried to venture into the genre, in a result, we have seen successful series like Asur, Paatal Lok, Delhi Crime, Abhay, Undekhi, Apaharan, Aranyak, etc. Now, will Cyber Vaar- Har Screen Crime Scene will stand a chance in front of these successful series, for that, we will have to wait for the series to appear on the platform.