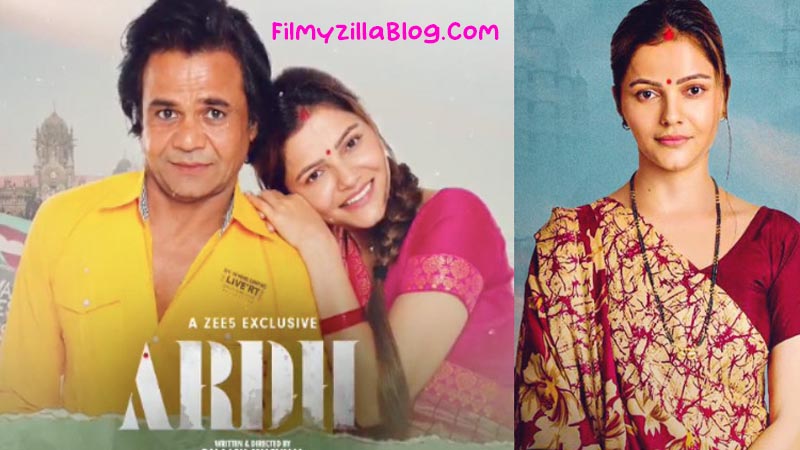 Bollywood actor and comedian Rajpal Yadav who made us laugh with his exceptional comedy skills and humor in the film is ready to come up with something really interesting.

In his 22-year long acting career, he did major comedy roles in many films including Chup Chup Ke, Dhol, Bhagam Bhag, Khatta Meetha, Garam Masala, Phir Hera, and others.

The major impact he made with his comedy timing and exceptional dialogue delivery is in the mind of every movie lover and can not be faded from there.

Whenever we hear his name, for sure, many of his dialogues start revolving in our minds and make us laugh, the moment we remember them.

However, this time our favorite comedian is going to make us all shocked with his new avatar in his most-awaited movie Ardh. Check more details below:

The first look trailer of this upcoming thriller is out and is being shared by the various fan clubs of the actor. Bigg Boss 14 Winner Rubina Dilaik’s avatar as desi married woman looks great:

This exciting and promising first look features Rajpal Yadav in a never seen before character, probably a transgender.

In the poster, he is showcasing in an Orange colored Saree, standing at the gate of a local train of Mumbai and looking ahead with serious expressions on his face.

The first look also came with the name of its maker and the major star cast mentioned on it, though the entire star cast was already announced with the announcement of the film, back in July 2021.

The film will have a direct OTT streaming and the makers of the movie made it clear by unveiling the first look poster of the movie featuring Rajpal Yadav on Wednesday, 23rd February 2022.

Although the official streaming date of the movie has not been disclosed yet, it is now officially clear that it will be released in mid 2022. The Trailer will out on 18th May 2022, 11:00 PM.

Rubin rose to fame with her role as an innocent girl Radhika in Zee TV’s television drama Chhoti Bahu which aired between 2011 and 2012 on the platform.

She was last seen in a music video titled Tumse Pyaar Hai, sung and composed by Vishal Mishra, with her husband and TV actor Abhinav Shukla.

Small screen actor Hiten Tejwani, who earlier worked in a few Bollywood films will also play a pivotal role in the film. Actor Jackie Shroff can be seen in a supporting role.

Music director-turned director Palash Mucchal who made his directorial debut with the 2021 web-series “Rickshaw” is helmed as well as written the movie. He also composed some songs in the film.

The film was announced in July and the filming started in September 2021 while it had a wrap on October 6, 2021.

The post-production work was completed on November 16, 2021. The film will surely deliver some hit songs because it has the beautiful voices of talented Bollywood singers such as Rekha Bhardwaj, Armaan Malik, and Sonu Nigam.

Along with them, The leading actress Rubina Dilaik and Palak Mucchal, who is a popular singer and the sister of the film’s writer-director Palash Mucchal, have also given their voice for the songs.

The song sung by Veteran Sonu Nigam, penned by Kunaal Vermaa, and composed by Palaash Muchhal.